Within Soulsign Astrology, there is body of work addressing a domain of consciousness beyond the reach of standard natal, transit and mundane work. It seeks to explore and reveal how the collective movements of masculine and feminine consciousness are developing at any point in time. The planetary symbols for these principles within creation are Mars and Venus, and the monikers for these cycles are the Mars Journey and Venus Journey.

Each “Journey” is formed by distinct, observable phenomena in our skies which repeat in predictable periodicities: 26 months for the Mars Journey and 19 months for the Venus Journey. The Journeys have become highly valuable tools for many people as they support your alignment with larger movements of consciousness than those referenced by planetary cycles such as our  month (Lunar) or year (Solar).

Listen to Adam discussing the Journeys with astrologer, Kristin Fontana, on the Guiding Stars Radio Show »

Listen to Adam interviewed on the male/female gender question by Eric Francis of Planet Waves Radio: 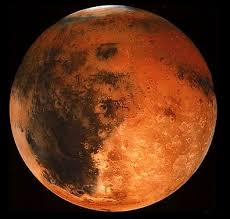 The most direct astrological symbol for the Masculine impulse in life is Mars. Examining the planet’s physical progression through the physical space of the solar system symbolizes the archetypal development of Masculinity through the vessel of human consciousness, both individually and collectively. As an archetype, Mars represents the pre-conscious will to live, how you enact your Desire, and how you individualize yourself. He points to a fundamental understanding into the nature of your instinctual self.

The phrase, “the Mars Journey,” refers to our collective masculine evolution, or the developmental process of masculine consciousness evolving through a specific and unique Masculine intention.

The duration of the Mars Journey hovers around 25½ months and begins and ends with Mars’ conjunction with our Sun. Each time you observe Mars appearing from or disappearing into the glow of the Sun will mark the beginning or ending of a Journey.

Where his morning-sky phases symbolize the development of subjective perception, his evening-sky period signifies his objective development. Each step along the way sees Mars encountering new requirements being made of him: explore and investigate, learn and assimilate, refine and disseminate, and eventually release and entrust. Each Phase describes a unique archetypal movement within masculine consciousness. This is similar to the phases of a human life reflecting different stages of human development: infancy, childhood, puberty, early adulthood, adulthood and elderling.

The moment you were born determines both the Journey and the Phase you were born into. We are working on creating an easy online tool for you to learn your natal Mars & Venus Journey information, and also to learn where in the Mars Journey we currently are (or at any point in time). Stay Attuned! Clouds form a swirling vortex around the south pole of Venus in this composite infrared image from Venus Express, a European craft that entered orbit around the planet on April 11. The left half of the image shows the planet’s dayside, while the right half shows its nightside. In the night view, the bright streaks are thinner areas in the planet’s global blanket of clouds, which allow more of Venus’ intense heat to escape into space. This first-ever image of Venus’ pole was snapped from a distance of about 130,000 miles. [Credit: ESA/CNR-IASF/Observatoire de Paris]

In astrology, it is Venus which symbolizes the perennial drive to engage in the worlds of form, matter, light and shadow, and find within them our path back home. Through Venus we engage life as it arises and falls within, without, behind and in front of us. The Venus Journey – the spatial relationship between Venus and the Sun – points to how our collective feminine evolution is progressing.

“The Venus Journey” refers to the development of collective feminine consciousness through a specific and unique feminine identity or expression. The Venus Journey lasts a consistent 19 months and begins and ends with her retrograde conjunction to the Sun. As Venus progresses through her Journey, she encounters new lessons to embody and learn from. As a general idea, the Venus Journey is structured as a celestial vessel: beginning quite high in the morning sky, she gradually descends through the first half of the Journey and, after disappearing into the rays of the Sun, begins to ascend in the evening sky through the second half.

During her morning-sky phase, she’s learning about release and surrender, while her evening-sky phase sees her learning to re-birth, remember and embrace her new form. There are a total of twelve phases in the Venus Journey, each describing a unique archetypal movement within feminine consciousness. This is similar to the phases of a human life: infancy, childhood, puberty, early adulthood, adulthood and elderling.

The moment you were born determines both the Journey and the Phase you were born into. We are working on creating an easy online tool for you to learn your natal Mars & Venus Journey information, and also to learn where in the Venus Journey we currently are (or at any point in time). Stay Attuned!

“I believe that this synodic transit catalyzes a deeper effect on us than our usual conception of a Mars-Sun opposition. The graphic above demonstrates how Earth is well within both bodies’ field effect, producing a choice between what we can see and know (Sun) and what we can do and accomplish (Mars). In a sense, our doing is extracted from the doer. This operates trans-cognitively, that is, beyond the limits of normal awareness. In my experience, meditation or any other practice with an inward focus has consistently proven helpful to actualize the transcendent potential. It has also been my observation that the influence of the synodic transit is as strong and lasting on an individual as any hard outer-planet transit and may bode equally so on the collective level as well.”   Read the full article >

“This January, the two most transformational events in the synodic lives of Mars and Venus will occur within two weeks of one another — what I have named Transcendence and Transmutation. These phases in the Mars-Sun and Venus-Sun cycles are the templates for our deepest inner and best outer masculine and feminine selves. They are our personal Shiva and Shakti, our own sacred masculine and feminine.

“Only through the synodic cycle do we see the larger developmental intention, the natal planetary phase, any relevant star testimonies, and important visual attributes of the birth moment. To understand how synodic and natal delineations work together, first assess the entire natal condition of the planet in question — i.e., sign, house, aspects, dignity, etc. This is the native’s core masculine (Mars) and feminine (Venus) wiring, their personal masculine and feminine ‘story’. Next, frame that multivalent image within the native’s planet-Sun synodic cycle — by phase, and by visual and physical attributes. Similar in concept to lunar phases, synodes are wonderful framing devices for natal and personal transit work. With both being considered, and in proper relationship to one another, a more robust and complete picture of someone’s full nature emerges: not only who someone individually is but what someone collectively contributes to the larger human unfolding. I often describe the natal synodic picture as a personal masculine/feminine dharma.”   Read the full article >